Day 6 Herb of the Day Dandelion!

Magic and Medicinals. What our ancestors knew by The Magic Apothecary, Mary Elizabeth Micari

Disclaimer: The following information is of an educational and general nature and should not be construed as legal advice. You should consult appropriate written and professional sources to answer questions related to your individual situation. Exercising one’s rights often entails some element of risk, and you should verify all information relevant to your situation before acting; the author and publisher disclaim any responsibility or liability for any loss incurred as a consequence of the use of any information herein. 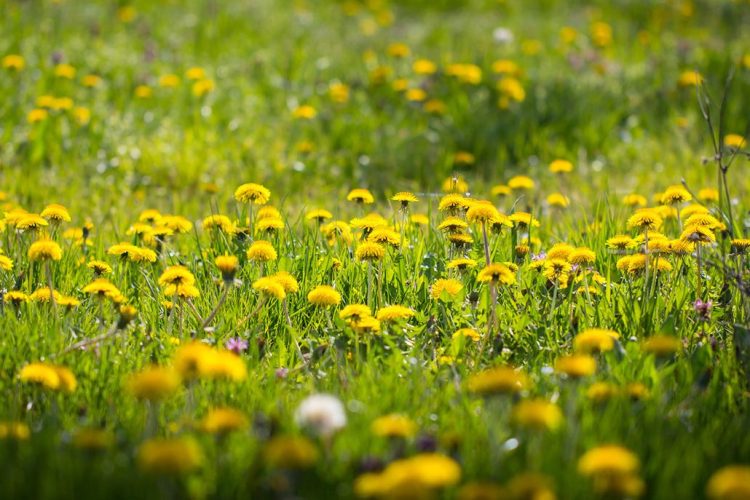 Dandelion is not found in the Southern Hemisphere, but is proliferate in all parts of the north, in pastures, meadows and on waste ground.  There is so much of it that farmers everywhere fight it off to grow crops! Its flowers bloom and spread seeds far and wide for many months of the year! Many of us help it by making wishes on the seed heads and blowing them away to carry our desires to the winds!

I think we all pretty much know what the tops of it look like from its yellow flower head to its white seed later. It also has a tap root, dark brown, almost black on the outside though white and milky within.  It has long jagged leaves

There is some doubt, however, as to whether it was really the shape of the leaves that provided the original idea that this plant resembles a lion. Dandy Lion! Maybe it was the jagged teeth on he leaves may perhaps be said to resemble the angular jaw of a lion with teeth.

The blooms are very sensitive to weather conditions: in sunny weather, all the parts are outstretched, but in rain the whole head closes at once. It closes against the dews of night, by five o’clock in the evening, being prepared for its night’s sleep, opening again at seven in the morning though as this opening and closing is largely dependent upon the intensity of the light, the time differs somewhat in different latitudes and at different seasons.

The young leaves of the Dandelion are delicious although bitter and are eaten in salads and sautés in France and Italy.  I eat them all year if I can get them! With a little garlic, salt and hot red pepper they are delicious greens.

The roasted roots are used to make Dandelion Coffee a healthy alternative with no stimulation.

The root, fresh and dried, the young tops. All parts of the plant contain a somewhat bitter, milky juice (latex), but the juice of the root is powerful and is the part of the plant most commonly used for medicinal purposes.

You can grow it in your garden or wait for it to come to you there as it always will!  Do not wildcraft dandelion where there has been poison laid down to kill weeds or where dogs do their business.  Try to find it if you do in clean, untouched areas.  OR buy it in your farmers market, health food store or herbal store. If you are looking for leaves, try the spring and roots after the first frost.

Medicinal Use of Dandelion

Please do not use any herb without first consulting with your doctor.

It is a diuretic and it is a general stimulant to the system, but especially to the urinary organs, and is chiefly used in kidney and liver disorders as well as edema.

Not being poisonous, big doses of its preparations may be taken.

Many people take it for to help clear a fatty liver or aid in cleansing the liver after a long bout of antibiotics or other medications. It can be used as a bitter to help with indigestion and is a mild laxative. It can if needed increase the appetite. Many also use a very strong decoction on the skin for eczema.

Dandelion can be eaten or taken in an extract or tincture, blended into a tea with other herbs or taken alone.  You can use the leaves, flower heads or root depending on need.

Leaves are used in tea or food as a vegetable with diuretic properties. Roots are made into a decotion by boiling or in a tincture.  Roots are commonly used for liver, kidney and urinary complaints.

Magical Uses
The dandelion is masculine in action (Yellow like the sun) and associated with the planet Jupiter, the element of air…think seeds.  It is associated with both Pisces and Sagittarius. It can be used for any solar deity and is also associated with Hecate, Brigid and Belnos! A tea of the flowers and leaves may be drunk to increase psychic ability while pouring boiling water over a bowlful of roots will aid in calling spirits. Can be used on dream pillows and sachets for protection during sleep.  If you want good luck you can bury a dandelion root on the northwest side of your house or leave it inside on an altar.  If you’d like to speak to spirits, you can leave a cup of the tea by your bedside.

It is associated with the underworld and necromancy (raising the dead).  Bees love it as do goats, and pigs.  It is a Mercurial weed because of its association with the air element (birds and bees love it).

Make a wish and blow the seeds off a dandelion head is a well-known magic!

Traditionally, dandelions have often appeared in pagan rituals. The yellow blossoms and bright green leaves accent altars for spring and summer celebrations like the Vernal Equinox (March 21st) Beltane (May 1) , and Litha (June 21st Midsummer). They can be woven into garlands, wreaths, and ropes to be worn or draped across altars. Towards autumn, pluck the silvery orbs to adorn your altar for Lammas (Aug 1), Mabon (Sept 21st), or Samhain (Oct 31st).

Of course, because for centuries it has been used to cleanse the system of waste and water it is also used in any ritual or spell to clean away! To remove bad luck, bad mojo or bad relationships.  Cleansing and restoring all.

I love how again, Magic and medicine blend. Our Ancestors considered healing a magic act and understood these plants in ways we over look.  Perhaps we should reconsider being so closed to the apparent healing the earth herself gives us for body, mind and spirit!

This site uses Akismet to reduce spam. Learn how your comment data is processed.